Tricks To Get You Started On Pronouncing Your French

French pronunciation – Does French Pronunciation Feel Impossible to You? Many people who decide to learn French are attracted to the beautiful sound of the language. It’s considered by many to be the most romantic-sounding language, and those who take French courses are often attracted to the idea of being able to smoothly speak this lilting language. However, many French learners, especially those who come to French with an American accent, find themselves quickly tripped up by the challenge of pronouncing sounds they’ve never made before.

If you feel stumped by French pronunciation, or if your fear of sounding silly is holding you back, here are a few tricks to get you started on pronouncing your perfect French like a pro!

Does French Pronunciation Feel Impossible to You? Follow Tricks

As babies, we learn our native language by listening to it before we can speak it ourselves. Children acquire language through observation, modeling, and finally, trying it out themselves. Why should we expect different for ourselves as adults?

When we are learning a new language, it’s imperative for us to familiarize ourselves with the sounds of the language before we try to emulate it ourselves. As French-language learners, we are not exempt from this rule!

It’s important to listen to as much French as possible, and, as children do, try to emulate the sounds that are new to you. There are many ways in today’s digital world to surround yourself with perfect spoken French:

When you start intentionally listening to native French speakers, you’ll find your familiarity with the language grows quickly! Don’t be embarrassed to repeat some of the sounds or phrases you hear; your French will thank you.

Put Yourself Out There

It’s natural for us to strive to avoid embarrassing mistakes whenever possible. However, when we are learning a new language this can really work against us, as it can cause us to speak as little as possible in order to avoid pronunciation mistakes.

Whether you are working with a French tutor or a language exchange group, it’s important to speak as much as possible. You will make mistakes, for certain, but your tutor or language exchange partner cannot help you grow unless you boldly forge ahead and make those big pronunciation mistakes! An experienced French tutor can notice patterns in your mistakes and correct them, bringing you that much closer to the perfect French you’ve hoped for.

Don’t Give Up on the Difficult Sounds

That French “R” sound! The Achilles’ Heel for many French language learners, regardless of their language background! The French “R” sound is further back in the throat than any sound we use in American English, so it feels completely foreign to us to make the sound alone, much less in quick combination with other sounds.

Although the “R” sound is the most notorious, the French language is full of sounds that we don’t use in American English. Some of the vowel sounds, like the “U” sound, are just as difficult for us – you might feel like you are in speech therapy when you are learning these letters!

The thing is, it’s easy to keep skipping over these difficult sounds and tell yourself you will learn them later, or tell yourself no one will notice. The reality is, that learning hard things is part of the adventure of learning a new skill! The more you put off learning those tough new sounds, the more difficult it will be for you later on.

We want to encourage you to practice the sounds that feel impossible for you. You may want to spend your time doing the things that come easier for you, but the faster you get those sounds down, the more fun you will have speaking French, and the more comfortable and confident you will be using your new language skills in real-world situations.

Studies show that when the brain is forming new pathways, it needs time to process what’s happening. When you are learning French, don’t make it your goal to speak as fast as a native as soon as possible. Rather, when you are practicing your new vocabulary words or phrases, speak as slowly as you must to give your brain time to process the new sounds it needs to make.

It might feel painfully slow and even silly, but if you can teach your mouth how to move from sound to sound very slowly, it will make a huge difference when you are able to start speaking at a normal pace.

When you start to learn about the sounds that French requires of you, you may feel that this beautiful romantic language is beyond your grasp. However, many people just like you have learned to speak French with expertise and ease, and they’ve done so using tips just like these! Whatever you do, don’t give up – keep pushing to achieve your goals of learning French! 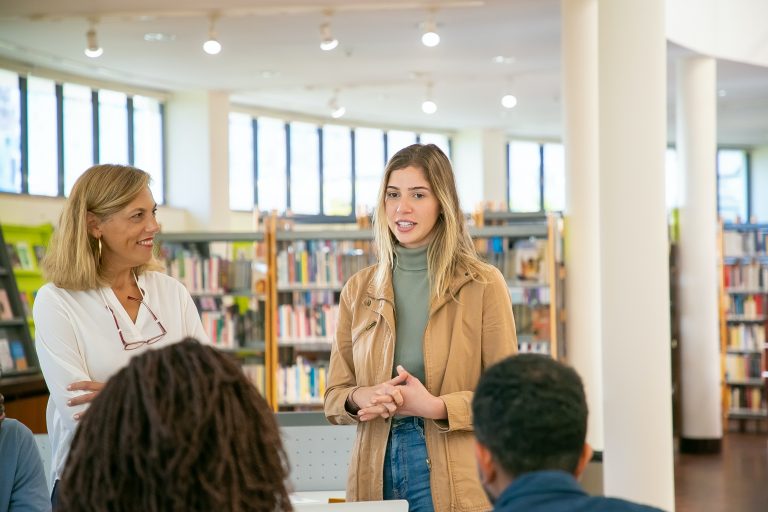